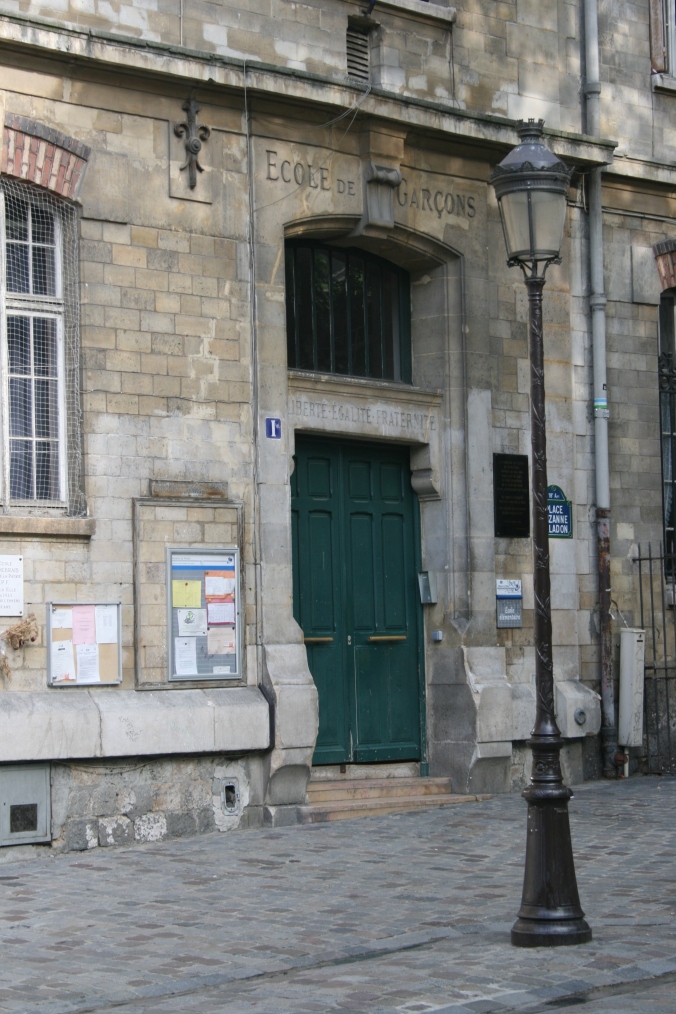 And so I went back.

I climbed each of those steps again, more slowly this time, filled with dread of a much different sort.

He was still lying in the floor, and had urinated on himself, but was coherent enough that he could assist me in getting him to bed. I helped him stand, leaving the bottle of spilled liquor in the floor.

Halfway across the room he began vomiting.

I stopped and waited for it to pass, the vomit splattering to the floor. Bits of it splashed up onto my skirt. I fought back my own urge to retch.

When the contents of his stomach had been completely evacuated, we resumed our halting progress.

His eyes held no recognition. I did not know if that was because of the alcohol, the head trauma, or something else. He groped my breast as he stumbled with me into the bedroom. I brushed his hand firmly away.

He didn’t fight me.

His eyes closed as he fell onto the bed, dust rising up from the mattress. He appeared to be unconscious, though his brow remained furrowed.

I undressed him anyway.

His abdomen was swollen, full of fluid that shifted with every breath, every touch. His legs were doughy, my fingers left a deep imprint that lingered wherever they touched up to his thighs. I could see that he had scratched his jaundiced skin bloody in several places with long fingernails, leaving deep excoriations. The dried blood was still visible under those nails.

His personal hygiene had been neglected for some time.

It is difficult to watch someone you love, someone you have been so intimate with, so changed. I wrestled with revulsion as I bathed his body with the water I found in the pitcher on the worn dresser. How long had it been there? At least it was cleaner than him.

I realized, as I scooped the vomit into an old dirty towel, that I still cared for him, otherwise cleaning this vomit from the floor would not have been possible.

I walked back to the bedroom and lay down on the mattress next to him and wept. All of his secrets, his pain, his mortality were all on display here in this dimly lit room. We had both suffered. My heart ached.

2 thoughts on “Chapter One Hundred: Fluids”

Copyright redscreamer and Victo Dolore, 2014, 2015. Unauthorized use and/or duplication of this material (text and images) without express and written permission from this blog's author and/or owner is strictly prohibited. Excerpts and links may be used, provided that full and clear credit is given to redscreamer and Victo Dolore with appropriate and specific direction to the original content.
Loading Comments...
%d bloggers like this: