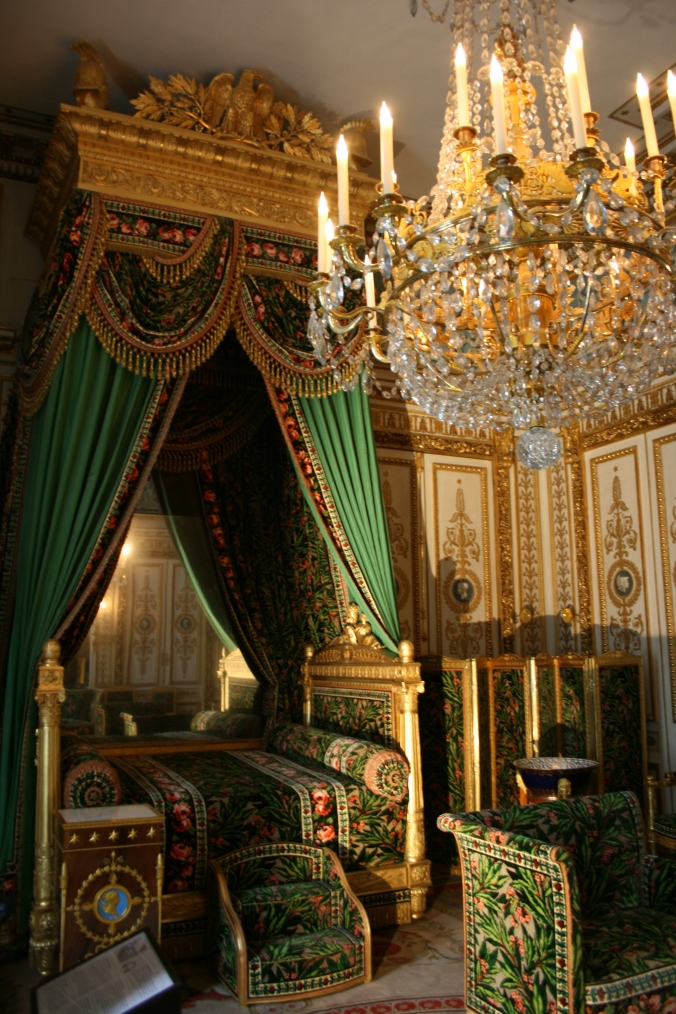 Stepping out into the bright sunshine, squinting, an involuntary sneeze seized my body.

It was the other sensation, however, that stopped me in my tracks:

The unmistakable feeling of warm liquid running down my legs.

I felt the blood drain from my face and then the heat bloomed in my cheeks again as the full reality of what had just happened dawned in my consciousness.

This had been an ongoing issue since the birth. I had taken to fashioning a diaper of sorts between my legs but somehow the quantity of the urine or a faulty positioning of the cloths had led to another failure.

We were leaving for the christening, but now I had urinated on myself. Did I turn around to change and end up late or keep going and take my chances? Aside from the discomfort of damp underclothes, the smell of stale urine was sure to arise.

I decided to plough on as we were running late. This should not take terribly long. We would go, do the deed, and come home for the celebratory luncheon where I could excuse myself to change.

“Here you go, miss.”The coach driver handed me up into the hired carriage. The maid handed the baby in to me once I was settled.

My little one’s eyes sparkled and she cooed, as if she knew she were downright angelic in her long, lacy white gown and bonnet.

Please don’t soil your diaper like your mamma just did, angel.

“We will stop by the next house quickly to collect Mrs. Finuiel and then will be on our way?” I said it as a question rather than an order. I was out of practice.

I had selected an elderly, widowed neighbor for godmother. I was not sure of the protocol for such things, being an American and not having been raised in the Anglican faith. I had asked as many detailed questions of the staff as I had dared. I was sure to make major gaffes throughout this process, but with such a small party, hopefully it would not matter. Or at least not would not be so severe as to be remembered. I could rewrite the history later if needed.

We had kept to ourselves since arriving in the town and while I had a few acquaintances, there was no one that I had felt close enough to bring into the family so to speak. So frail old Mrs. Fenuiel, it was. She would not be long for this world anyway.

The carriage shook as the driver pulled up the reigns on our arrival at the Finuiel cottage. The old woman was waiting by the gate. Her slight frame was wrapped in a bright red woolen shawl and she stooped precariously over her cane. Her upper back curved over like the neck of a graceful swan but as a consequence made looking upwards to the heavens overhead virtually impossible.

She was helped into the carriage, grunting with each movement until she too was settled.

Then we were on our way.

There was no need for a godfather, truly. We women were self sufficient after all, weren’t we?

The parish church was nearby and we passed a pleasant, though brief ride discussing the recent damp weather and how it had affected Mrs. Finuiel’s rheumatism. The horses’ hooves beat out a happy staccato as we chatted. We were blessed to finally have bright rays of sunshine today as it had been dreary and overcast for almost an fortnight prior.

I alighted from the carriage.

Brushing the back of my skirt as I resettled my petticoat and the caged crinoline that was now the fashion, I could feel the cold damp spot. Urine had soaked through on the ride over. I surreptitiously patted to see how big the stain was. About the size of a fist. Curse it all.

Really? I must attend my daughter’s christening with a wet urine spot on my derrière?

It could not be helped. If I ignored it, surely no one else would call attention to it?

With a now sleeping baby snuggled in blankets in my left arm, I helped the almost godmother into the church on my right arm.

The Reverand Drummond stood by the baptismal font, fingers steepled. He had been left waiting. He smiled gently at me anyway.

I handed over the slip of paper upon which I had written the selected name.

He eyes moved over the letters I had written, then looked up at me and nodded solemnly. In short order Anne was bellowing out her displeasure over waking to the sensation of ice cold water running over her tender scalp.

Holy water or not, it was all the same to her.

After the brief ceremony I turned and retreated down the church aisle, again with Anne in one arm and Mrs. Finuiel on the other. Surely the Reverend saw the now stained fabric of my formerly beautiful new dress. Deep rose colored silk. I wondered if he understood. 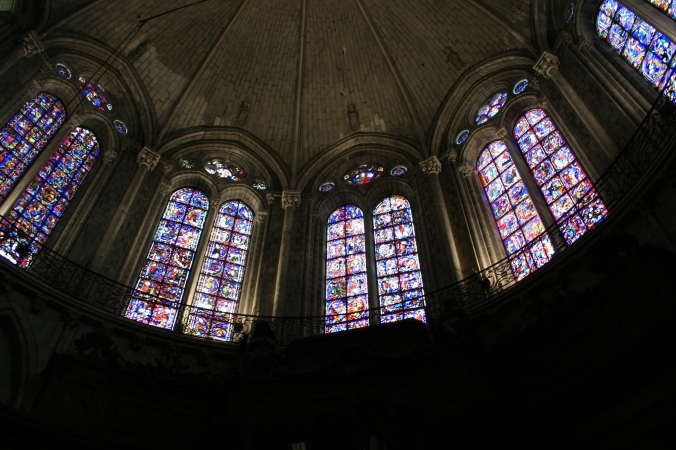 “Your papa would be so proud of you, sweet one,” I whispered in her perfect little ear as she dozed on my chest.

I was so proud of her, this beautiful record of love. I ached with the desire to show her off to her father and felt profoundly sad that she would likely never know him.

Her remaining dark hair had all fallen out and was now replaced by a soft golden halo about her head.

Her screaming spells had left as mysteriously as they had come.

“Ma’am?” The maid whispered from the doorway. When I looked up and motioned her closer, she snuck in on tiptoe, clearly not wishing to wake the baby. “Rev. Drummond is here, probably asking about the christening.” I grimaced. “Shall I send him away, miss?”

I took a moment to weigh the options. I had put this off for too long. It had been over eight weeks now, much longer than was considered acceptable. Surely there was talk for him to take it upon himself to show up uninvited.

But a name? I have no name!

Earnest, my original pick, would not do for her for obvious reasons. Yet, I could not for the life of me come up with a name that felt right.

“Fine, show him in,” I whispered back. “Probably best to take care of this now.” She grinned back at me, relieved. They had all been after me in their own ways to settle on a name, throwing out all manner of possibilities. Agnes. Diademia. Elizabeth. Sara. On and on…. I shuddered.

Not for you, sweet one.

As the maid hurried off, I stood and placed the still sleeping baby girl gently in her cradle, then straightened my dress and my hair.

The Reverend Drummond was a middle aged man in his late forties. He was a bit shorter than average with a head that was much larger than one would expect to see attached to a body of his size. If you focused only on his face, he was quite handsome but taken as a whole, the incongruous mishmash left one feeling a bit confused.

I had met him on two prior occasions, once when I had first arrived as a courtesy welcoming visit and then by chance at the local mercantile. His eyes had bored through me, as if he could see past the lies I carried as thick protective layers straight through to the fifteen year old version of me cowering frightened in the darkened corner of my soul.

I was not sure how I felt about the man.

He was ushered into the drawing room with his hat in his hand, refusing to let the made take it from him.

“Mrs. Aspern. It is a pleasure to make your acquaintance again.” He bowed low over my offered hand.

“Do please sit down, Reverend.” I motioned to the chair by the fire that I had just vacated.

He sat, reclining into the seat with an air of not quite familiarity. His eyes met mine after he had crossed his legs and rested his hat upon his upward knee.

I sat down across from him, sitting properly upright on the edge of the seat. I felt wary.

He cleared his throat but did not speak.

“Would you like some tea?” I finally offered to break the quiet.

The man nodded. I rang for it.

His eyes took me in. Not in a salacious manner, but rather as if he had a question to be answered that did not require words. It was an uncomfortable gaze, one that I could not hold. I found myself staring at the fire instead.

“Well. I expect you are here about the christening?”

“Actually, no. I mean… yes…” He rushed out the ‘yes’ a bit as if he had surprised himself.

I tilted my head and raised a single eyebrow inquisitively. The fire popped liked a gunshot in the grate, giving us both a start. It served to ease the tension a bit.

“I have not settled on a name,” I said matter-of-factly.

He glanced over at her. Her tiny fists were raised about her head and a dreamy half smile played on her lips.

He looked back at me, a gentle smile on his own face.

“I beg your pardon?”

“Name her Anne. It means grace.”

It was simple. It was beautiful. And yet, who was this man advising me on what to name my own daughter?

The tea things arrived and I busied myself with the serving.

Our discussion meandered through such meaningless topics as the weather and the parish business until at last we alighted on the subject of christening again.

Eventually he excused himself, taking his hat with him, but only after I had agreed to a small, private christening the following week to be held at the parish church. His work was done.

I had one week to decide on a name.

Copyright redscreamer and Victo Dolore, 2014, 2015. Unauthorized use and/or duplication of this material (text and images) without express and written permission from this blog's author and/or owner is strictly prohibited. Excerpts and links may be used, provided that full and clear credit is given to redscreamer and Victo Dolore with appropriate and specific direction to the original content.
Loading Comments...
Comment
×
%d bloggers like this: