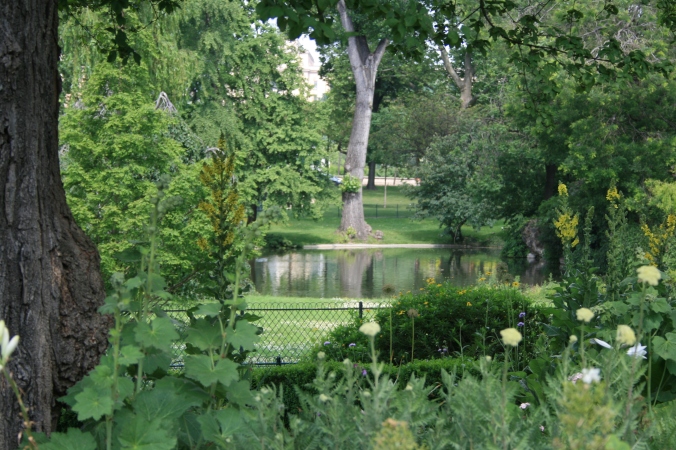 “Haven’t you registered her birth?”

The shopkeeper at the millinery shop was a middle aged woman with greying black hair and an extra wide double chin peeking out from the tightly wrapped black shawl about her neck. She stared at me with a single eyebrow raised.

“Registered?” Confusion and some degree of panic washed over me. Was there a rule or law I had broken? “How?”

The woman rolled her eyes. Yes. I saw her do it! She had not been terribly friendly to me and I had wondered about her…

It had not occurred to me, though, that I was required to register. Surely they would just know? From the midwife? From the Reverend after the christening?

No. I suppose not.

“At the registrars. You register at the registrars.” She spoke slowly, enunciating carefully. “That will be two pounds twenty.” As I dug for the correct change, she added, “You probably don’t know then that you will have to show proof of vaccination.”

“Vaccination?” I lost count of the money and sighed, starting again.

I paid for my purchase, a new dark blue silk bonnet trimmed in velvet, and travelled home as quickly as I could. My breasts felt heavy, I knew it was time to feed.

On my arrival at the cottage I was greeted by a cooing, giggling baby girl who was obviously delighted to see her mother. I took her from the maid and sniffed her white capped head. Heaven.

I put little Anne to my breast. I winced as the sudden sensation of pins and needles signified the let down of milk. Fists balled tight, she slurped greedily, her eyes blinking as they watched me closely.

Smallpox vaccination. I had not even entertained the idea of her ever contracting smallpox. She could, though, couldn’t she? She would be forever disfigured, scarred for life with pockmarks over her face and entire body… if she lived through it.

The vaccination was required? Since when? Was it safe?

By the time Anne was finished with the second breast, she was dozing peacefully. I placed her in the cradle by the fire and went in search of the housekeeper.

I found her in the kitchen head bowed over a chicken carcass, readying it for roasting for dinner. She was deftly wrapping the legs with twine but looked up when I entered.

“Did you know that I needed to vaccinate Anne and register her?”

“Yes, ma’am.” She waited silently, not sure if she should keep working.

“I will need to see a doctor to vaccinate her?”

“Well, you could see one of the public vaccinators but I wouldn’t go and do that.” She went back to the twine and whispered, “They kill people.”

“What? They kill people?”

She tied off the knot. “Oh, miss, I knew of a baby whose arm rotted off when they took him to the public vaccinator and another who died with convulsions eight days later.”

“What do they do?” All of my medical training had been on the battlefields of the Crimea. I had no knowledge of smallpox vaccination practices.

“Oh, ma’am, it’s terrible! They cut the arm and inject lymph from another person into it. Such screaming.” She shook her head disapprovingly.

She tossed the bird into a roasting pan after rubbing it with salt and pepper and sprigs of rosemary and slid it into the oven. The heavy metal door slammed loudly.

Wiping her hands on her apron, she turned back to me.

“It’s the law, though. Bless those fools who think they know better than us folks.”

“Here, you should give her another dose of this.” The maid handed over a large brown bottle. It read:

It is no misnomer Cordial! —no stupefactive, deadly narcotic! —but a veritable preservative of Infants!

I turned the bottle of dark liquid to read the ingredients. None were listed.

“How long have you been giving this to her?”

“Almost a month now, three times a day.” She grinned proudly then busied herself with some potatoes in a pail.

I left the bottle on the table as I left to console the sobbing child, resolving to ask the druggist about the ingredients next time I was in his shop. If that was why she stopped fussing so suddenly back then, I just might be a believer.

Copyright redscreamer and Victo Dolore, 2014, 2015. Unauthorized use and/or duplication of this material (text and images) without express and written permission from this blog's author and/or owner is strictly prohibited. Excerpts and links may be used, provided that full and clear credit is given to redscreamer and Victo Dolore with appropriate and specific direction to the original content.
Loading Comments...
%d bloggers like this: